What I love about Women in Translation Month is that, for a short time, my social media is full of world literature. We have  a short period of time when people consider reading more diversely with books from all over the world. I honestly  love how many recommendations I find and seeing people enjoying books I have read. Is this the feeling lovers of popular literature have all the time? It seems like every year the amount of people involved is larger than the last, and I hope that slowly we see more and more considering world literature when diversifying their reading.

Having said that, I am disappointed in how much I participated in #WITMonth, I only managed to read two books. I feel like I am not reading enough but I did finish four books this month and I probably should be happy with that. Granted I am jealous of those people that manage to read 200 books a year. Nine years ago, I was close to achieving that, reading 170 books, but it has been over five years since I have managed anything over a hundred.

First book I read in August was Hell of a Book by Jason Mott, which was the pick for my book club. I was not sure what to expect from this one, but I did enjoy the experience. The novel had a style unlike anything else I have read. The way it blended a story of an unnamed author and his experiences, while comparing it to the experience of a young wide-eyed boy known only as The Kid or Soot. The novel had this weird magical realism vibe, it reminded me of a Charlie Kaufman film (or novel). It was a unique way to explore the issue of racism in America. 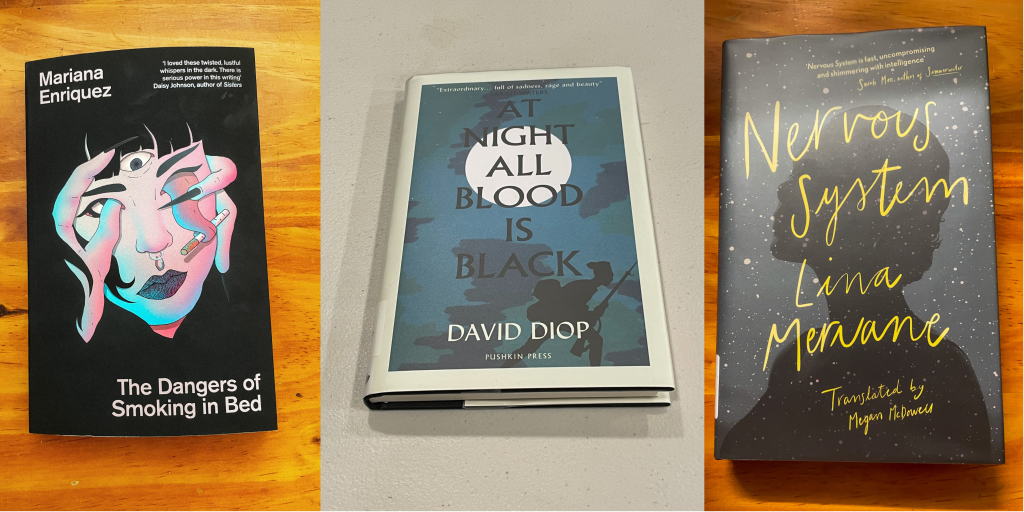 My first book for WITMonth was The Dangers of Smoking in Bed by Mariana Enriquez (translated by Megan McDowell), which was one of my most anticipated releases for 2021. Her first collection of short stories to be translated into English, Things We Lost in the Fire, remains one of my favourite collections. This was originally written earlier but because of the success of Things We Lost in the Fire, Megan McDowell translated this collection. I enjoy the writing style of Enriquez and while this was not as good, I like seeing the progression of her writing style. Her first novel (which she published in Spanish last year) should be released next year, which I believe is called Our Share of the Night, so that is something to look forward to.

I did have to take a detour from WITMonth to read At Night All Blood is Black by David Diop (translated by Anna Moschovakis) because it was due back at the library. This won the 2021 International Booker Prize and what a great piece of literature. I did not get a chance to read the entire International Booker longlist this year but from what I have read, this would be my favourite. It tells the story of two Senegalese men who have been sent off to The Great War to fight for France. This is the first time they are left their village and experiencing the outside world. Their experiences of the world are not what they expected, not only having to deal with war, but also the psychological damage, the inhumanity of humans, racism & even problems with colonialism. It is a tragic novel but one that will haunt me for the rest of my life.

Finally, my last book for the month was also translated by Megan McDowell, it was Nervous System by Lina Meruane. This Chilean book had so much to offer, and I think reading it during a pandemic was the right time. It tells the story of illness, displacement, and struggling to hold ourselves together. The novel was packed with clinical information on the body and illnesses and while it was interesting to learn the plot felt too absent. I wanted to enjoy this book, I just struggled, and it was missing something to tie everything together. Without the success of Lina Meruane’s other book Seeing Red, I cannot imagine this would have been translated into English, but that is just my opinion.

For the Invisible Cities Project, I should have read something from South Korea or Nigeria, which I failed to do, I have read plenty of books from South Korea, and I am sure I own something from Nigeria too. September is focusing on Chile and Palestine, two countries I have covered already, but I could read some more, or maybe even start something from Guinea or Sweden for October. I do have to announce that in November the two counties we want to focus on are Sierra Leone and Paraguay. I feel like I am falling behind on trying to read a book from every country but thankful the Storygraph challenge helps me track my progress. This has been a great project and I really enjoy the discussions. 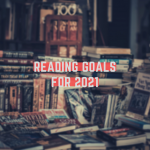 Why Change the Book Cover Design?

An Open Letter to my TBR 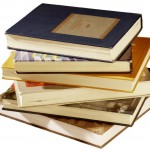 Do Reading Statistics Inform My Reading?

5 responses to “My #WITMonth did not go to well”

This site uses Akismet to reduce spam. Learn how your comment data is processed.